Following the difficulty of getting a live UAV feed from the United States to Australia during TS09, Calytrix Simulation Support staff rapidly developed and operated a constructive UAV from Shoalwater Bay Training Area and Canberra. Calytrix developed a 3D replica of the training area and operationally tasked a constructive UAV to provide visualisation of the live assault on the Urban Operations Training Facility (UOTF) by instrumented USMC personnel. The Calytrix Simulation Support Services (SSS) team, in particular Brad Walton and Ric Bateson, utilised tools from multiple locations around Australia to produce the UAV feed in Canberra that was then in turn distributed nation wide. The development of this capability, without notice and within 48 hours, demonstrated the adaptive and responsive nature of the Calytrix SSS team in support of the Exercise objectives. 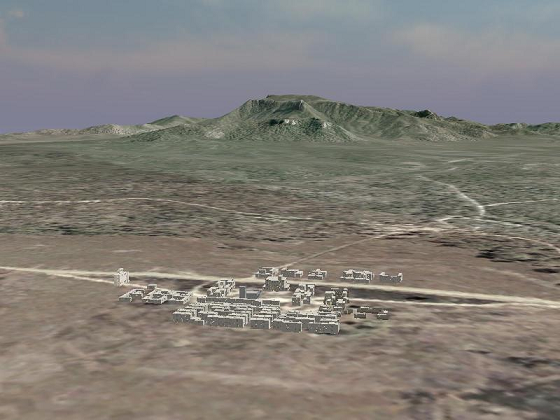 A 3D Replica of UOTF and the surrounding landscape 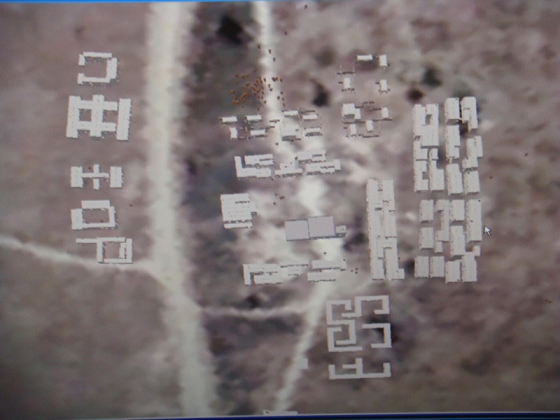 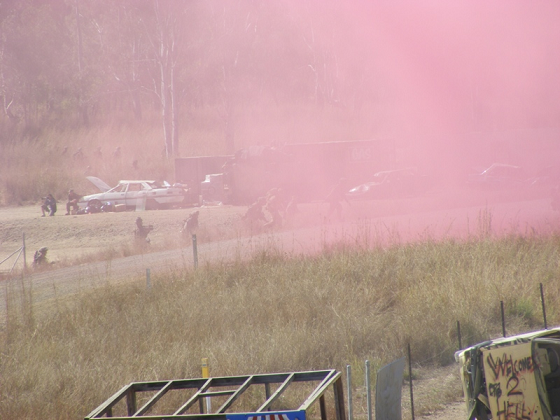 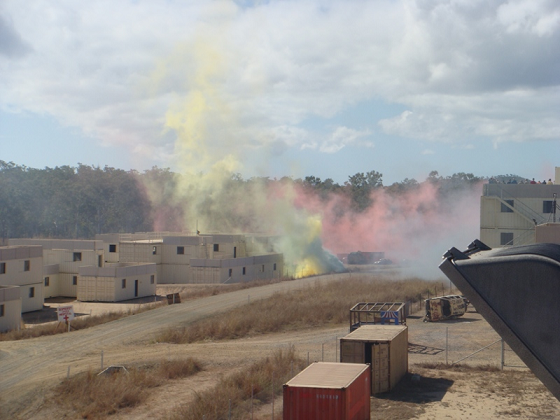