For the past six months Calytrix has been working with Lockheed Martin and the NATO MSG-136 Modelling and Simulation as a Service (MSaaS) working group to experiment with ways to integrate high-fidelity virtual simulation environments like Titan Vanguard into the existing MSaaS testbed. The NATO MSG-136 working group was stood up to explore how Modelling and Simulation technologies can leverage mainstream infrastructure environments such as cloud computing, virtualization and container-based technologies to rapidly assemble, provision and deploy credible simulation environments.

This approach lets users to pre-built profiles for simulation tools in a way that allows them to rapidly provision and deploy them into controlled infrastructure environments, quickly standing up and scaling out applied resources during an exercise as needs at the point of training change. As part of this activity Calytrix has demonstrated how Vanguard can be integrated into the MSaaS simulation environment that is launched at the click of a button, can dynamically scale, is run from a central infrastructure and retains an experience that feels native.

Although many may claim that moving a simulation application "to the cloud" is a straightforward process, there are a number of questions that must be answered, especially when approaches must work with both online infrastructure like Amazon Web Services and also behind the firewall for local deployments. Key considerations when moving high-fidelity, immersive virtual environments like Vanguard include: 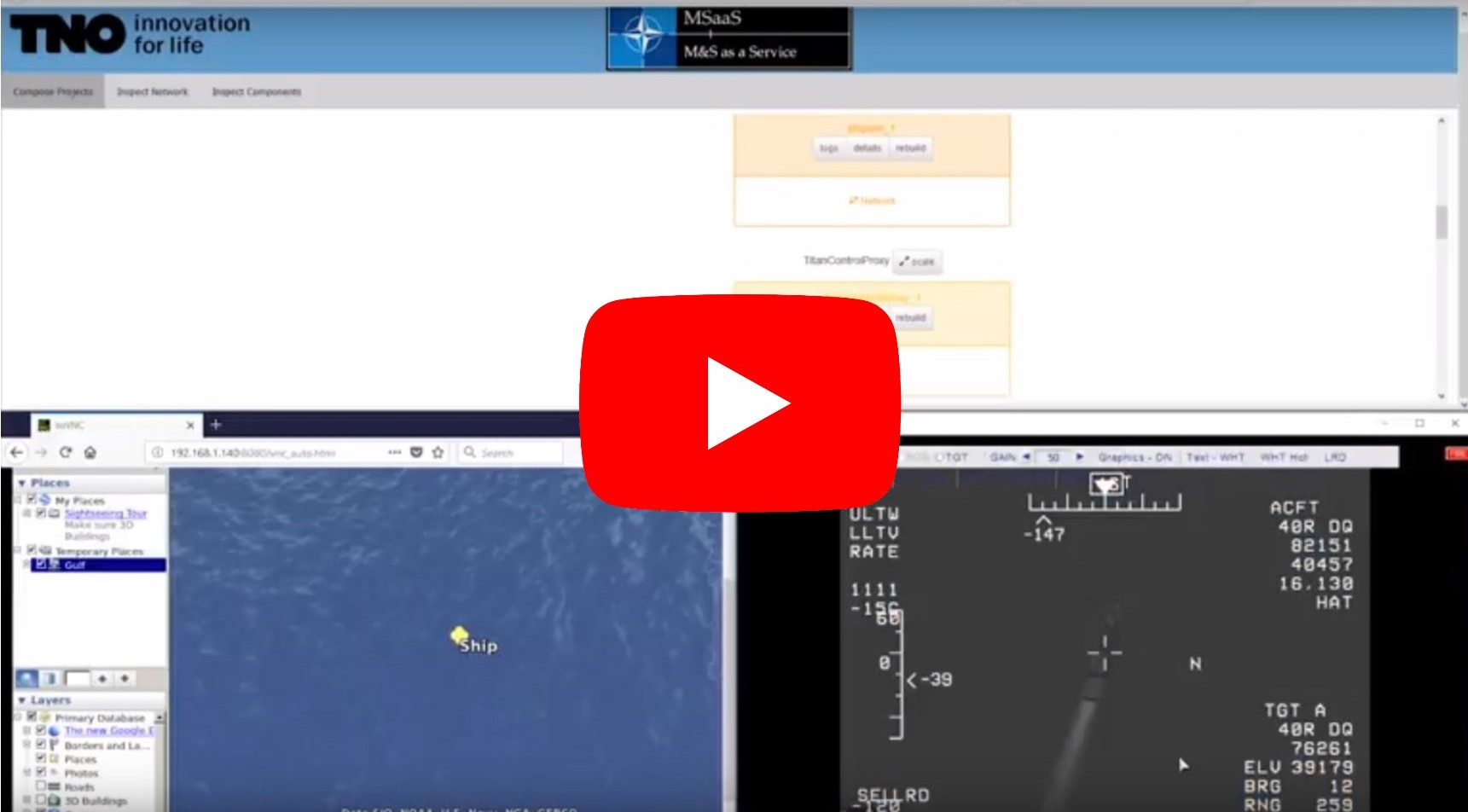 Working with NVIDIA, Calytrix has been deploying Vanguard using their GRID(TM) virtual GPU technology on Tesla hardware. In this instance we ran experiments that deployed Vanguard to both Amazon Web Services and on local infrastructure that can sit within an organization's local security control domain. Calytrix has demonstrated this previously as part of the Operation Virtual Pacific exercise run at the 2017 Australasian Simulation Congress event in Sydney. Vanguard provided the core synthetic backbone supporting the exercise, all delivered from a standard rack-mount server running on the tradeshow floor.

Virtual simulation environments, unlike many other forms of simulation, impose one critical additional requirement – low-latency access. Unlike desktop applications, the experience of a user controlling a platform on the ground, calling in close-air support or flying the fast jet fulfilling that mission relies heavily on what is often termed the "twitch response". Any degree of lag is immediately noticed and not only suspends reality for the user, but often makes controlling the environment unusable.

To address this problem Calytrix worked together with Parsec, and employed their high- performance, low latency client to remotely access the Vanguard instances running on the cloud- based infrastructure from their devices in a manner that appears and feels as if it were local.

Finally, with Vanguard running in the cloud and accessible, it must be linked into the existing NATO MSaaS test bed, for both simulation data exchange and lifecycle management. As part of their investigations and experimentation, the NATO working group has set up a container-based infrastructure environment that allows for profiles of simulation tools to be integrated, in turn allowing them to be rapidly pulled into exercises that can be started and monitored with the click of a button. The MSaaS infrastructure also allows individual pieces of this infrastructure to be scaled at runtime, adding and removing resources as needed, again, at the click of a button. Calytrix built custom containers that linked the GPU-intensive infrastructure with the container-based environment and allowed the two to be connected and managed together.

To conclude this activity a report on experiences and findings has been submitted to the working group. The following video shows the experiment in action: