Calytrix, as part of their US Army STE contract, demonstrated their STE solution to soldiers at Fort Carson, Colorado during the week 8-12 April 2019. Soldiers got 'hands on' training with Calytrix's solution to for Army's Common Synthetic Environment. Soldiers rapidly built training scenarios in Titan which they then executed in integrated air based reconfigurable trainers.

Tim Pokorny, Calytrix CTO, said that the positive feedback was overwhelming with the majority of soldiers commenting on how easy Titan was to use and operate. 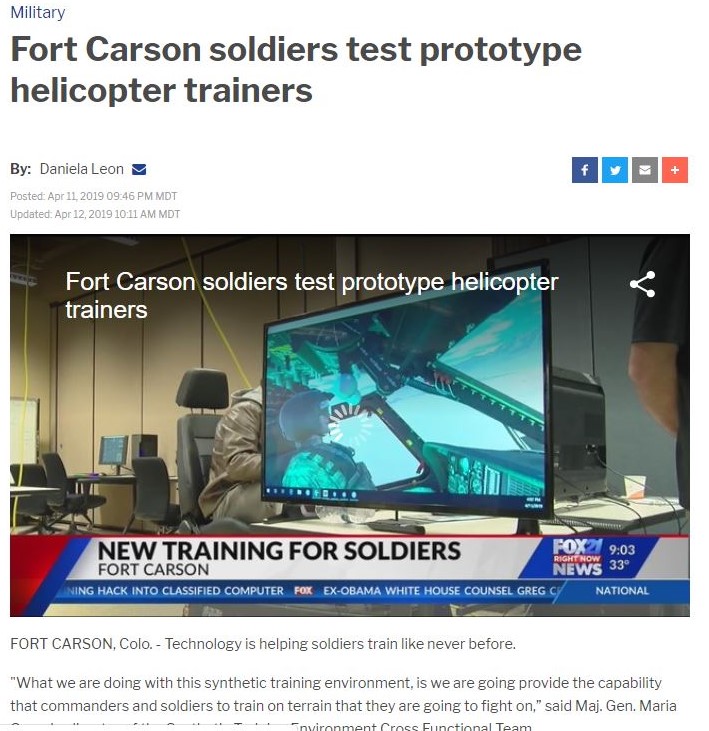 Calytrix's next demonstration week is at Fort Riley, Kansas during the week 24-27 April.