"You never change things by fighting the existing reality. To change something, build a new model that makes the existing model obsolete."
~ Buckminster Fuller 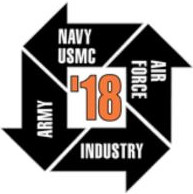 Calytrix Technologies and Titan IM will be welcoming guests to Booth 1563 at the upcoming I/ITSEC conference in Orlando Florida. This year we will be focusing on three primary areas:

Our team looks forward to welcoming you to I/ITSEC at booth 1563. 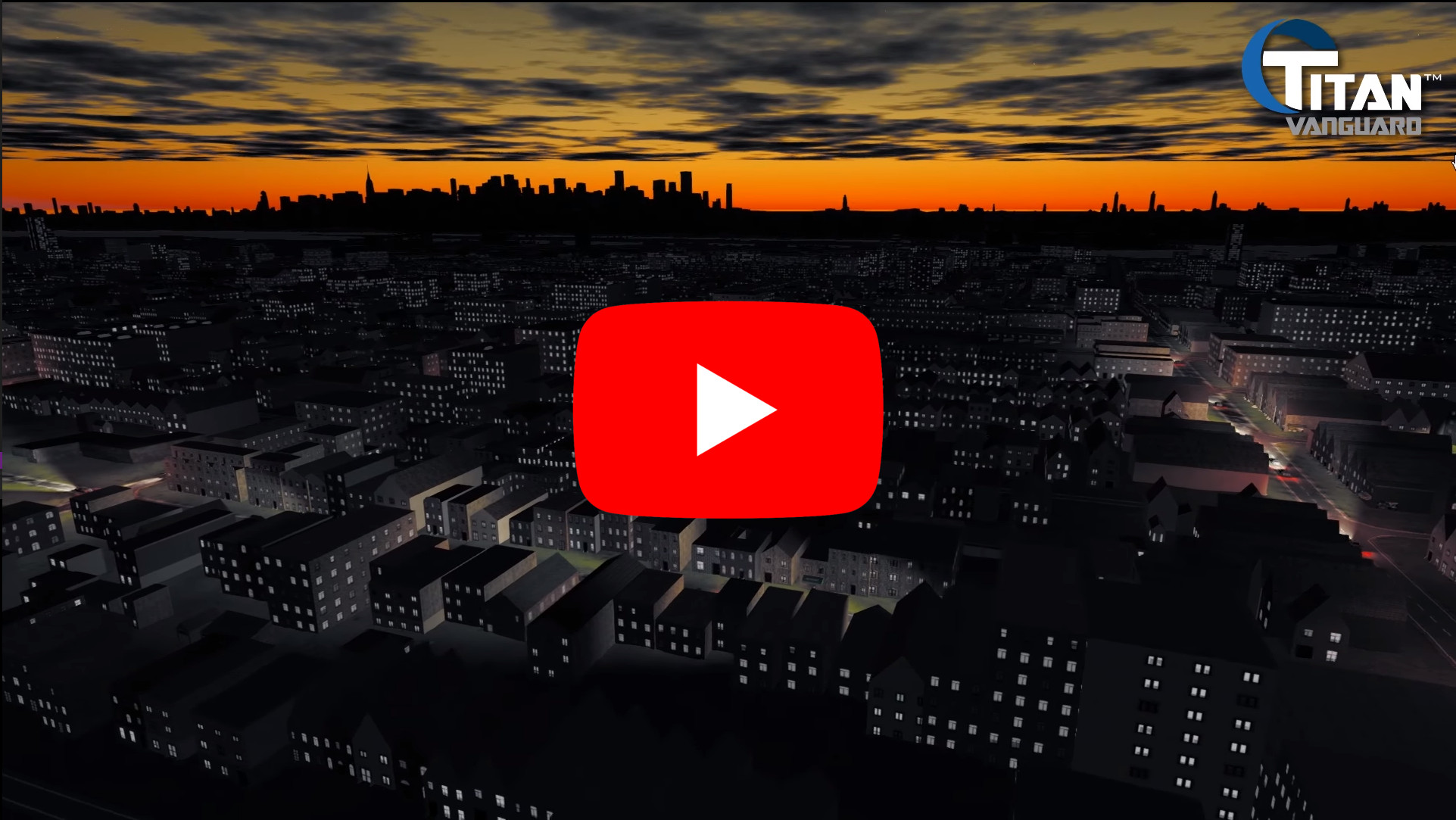 Calytrix and TitanIM are pleased to announce that our team has been awarded a further contract extension by the US Army for delivery of advanced technologies to the Synthetic Training Environment (STE) program. Our team has been involved with STE since its inception. Calytrix/TitanIM is one of only two groups awarded an OTA extension to demonstrate technology for the One World Terrain, Training Simulation Software and Training Management Tools concepts of the STE requirement. Titan Vanguard has been central to the STE program in helping to define concepts around global scale; open standards; new hardware architectures and advanced technologies; local and cloud deployment and in understanding how a single Common Virtual Environment can be applied across a range of applications. Vanguard is demonstrating first person shooter (FPS) to common simulator applications and seamlessly providing a constructive solution without the need for costly integration and data migration.

Our Simulation First architecture ensures that Vanguard moves beyond the limitations of serious games technology. It is a purpose‐built global military simulation with a focus on training, not on the game. A Simulation First approach takes the tools needed to design and deliver rich training out of the hands of developers and puts them into the hands of trainers. 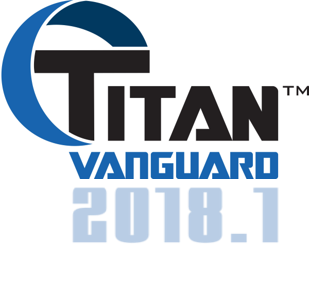 Calytrix and TitanIM are pleased to announce the public release of Titan Vanguard 2018. Starting in December, this release will be available to all customers and delivers a raft of new and improved features, including: 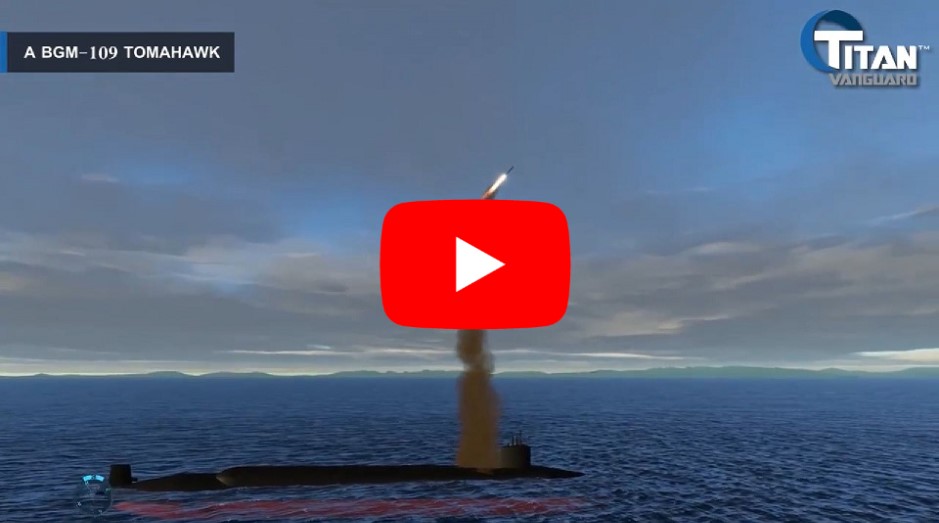 Calytrix Technologies is pleased to announce that it has been awarded a second round of development funding to assist in the extension of NIST's UCEF (Universal Cyber-Physical Systems Environment for Federation) platform to improve its HLA integration and incorporate Portico v2.2.0.

In support of its research, notably in the areas of the Internet of Things (IoT), NIST is developing a test bed for the purpose of doing research on Smart Grid and Cyber Physical systems. A key component of this testbed is a platform that enables federated experiments. A federated experiment consists of reusable software and hardware components called federates that are connected into a larger federation to perform some useful experiment. A federate could be a piece of equipment or a simulation model and can be located anywhere such as on a local machine, in the cloud, or at geographically dispersed test facilities. The NIST developed testbed uses The Portico Run-Time Infrastructure (RTI) for its data distribution across its network using the High-Level Architecture (HLA). Calytrix will be working with NIST to add new capabilities to UCEF and Portico in support of its research. 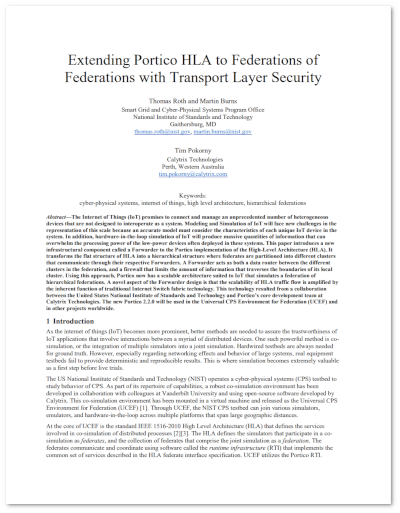 Best Paper at SISO Spring 2018 ‐ Examining HLA, Security and the Internet of Things

Calytrix CTO, Dr Tim Pokorny, in partnership with Thomas Roth and Martin Burns from the Grid and Cyber-Physical Systems Program Office at the National Institute of Standards and Technology were awarded a SIWzie Best Paper award at the Simulation and Interoperability Standards Organisation's (SISO) Spring 2018 conference for their paper entitled Extending Portico HLA to Federations of Federations with Transport Layer Security Congratulations to all for their outstanding work.

The following abstract provides an overview of the work:

The Internet of Things (IoT) promises to connect and manage an unprecedented number of heterogeneous devices that are not designed to interoperate as a system. Modeling and Simulation of IoT will face new challenges in the representation of this scale because an accurate model must consider the characteristics of each unique IoT device in the system. In addition, hardware-in-the-loop simulation of IoT will produce massive quantities of information that can overwhelm the processing power of the low-power devices often deployed in these systems.

This paper introduces a new infrastructural component called a Forwarder to the Portico implementation of the High-Level Architecture (HLA). It transforms the flat structure of HLA into a hierarchical structure where federates are partitioned into different clusters that communicate through their respective Forwarders. A Forwarder acts as both a data router between the different clusters in the federation, and a firewall that limits the amount of information that traverses the boundaries of its local cluster. Using this approach, Portico now has a scalable architecture suited to IoT that simulates a federation of hierarchical federations. A novel aspect of the Forwarder design is that the scalability of HLA traffic flow is amplified by the inherent function of traditional Internet Switch fabric technology.

This technology resulted from a collaboration between the United States National Institute of Standards and Technology and Portico's core development team at Calytrix Technologies. The new Portico 2.2.0 will be used in the Universal CPS Environment for Federation (UCEF) and in other projects worldwide.

A copy of the paper is available from the SISO website . 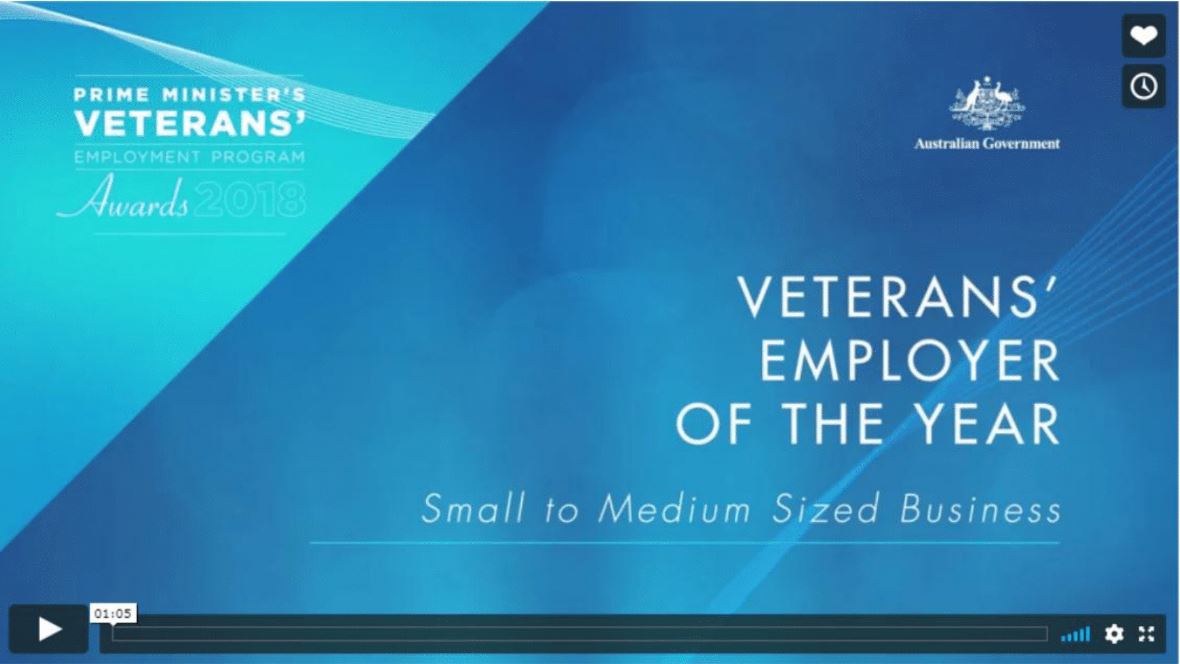 Calytrix Technologies was pleased to be named as a finalist in the Prime Minister's Veterans' Employment Awards. Calytrix was nominated as one of three finalists in the Veterans' Employer of the Year - Small to Medium-Sized Business which was deservedly won by Secure Windows in a ceremony held at Parliament House.

The finalists in the Prime Minister's Veterans' Employment Awards highlight the innovative ways businesses are attracting, recruiting and retaining veterans. They recognise and celebrate Australian organisations that support the successful transition of veterans into civilian careers.

Calytrix congratulates all of this year's entrants, finalists and winners. 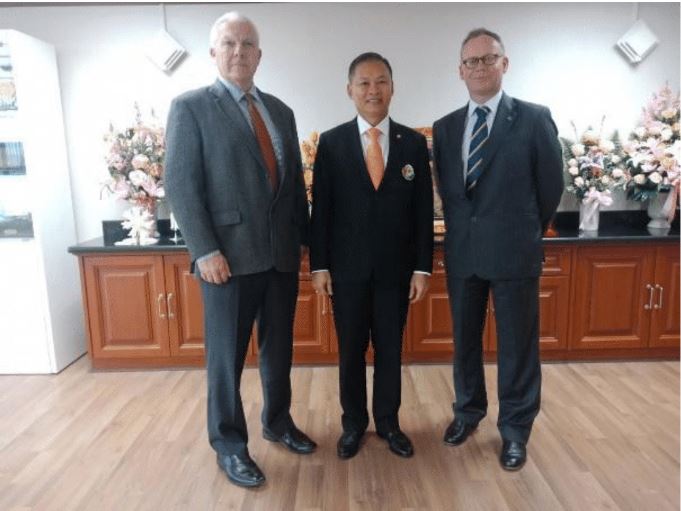 Calytrix (Australia) is pleased to announce the sale of Titan Vanguard to the Defence Technology Institute (Public Organisation) of Thailand for use as a Common Operating Picture (COP) and simulation platform for Humanitarian Assistance and Disaster Relief (HADR) applications.

Calytrix has been working with DTI for more than two years delivering training and research collaboration through their Bangkok office.Calytrix looks forward to growing its collaborative partnership with DTI over the coming years. 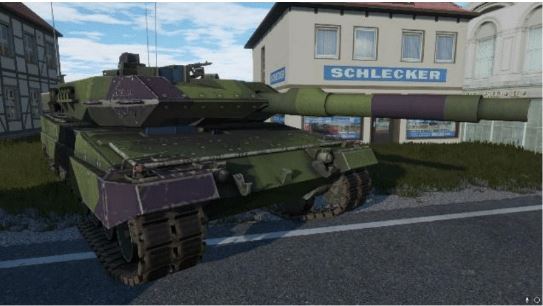 To better support our shared customers, eSim Games and Calytrix have teamed up to simplify deeper interoperability between our virtual 3D systems. Building on the strengths of both systems, Titan Vanguard adds advanced infantry capabilities for Combined Arms, naval and air artillery support (and Joint Fires), UAV and other large terrain capabilities to the Steel Beasts training platform. To facilitate this interoperability; we are pleased to provide: 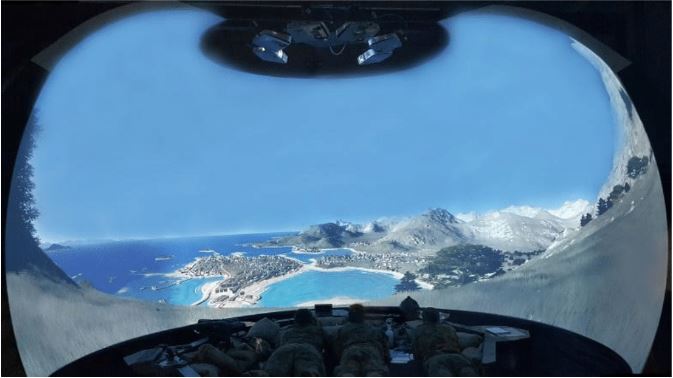 Rockwell Collins and Virtual Simulation Systems have begun rolling out Australia's fleet of JTAC training systems across 8 bases in a $40m program. These systems consist of both classroom trainers and large, 18-channel projection domes at each site. These are the most advanced JTAC simulators in the world today and Titan Vanguard is both the IG and the simulation software used to drive them, with many physical items of simulated and real-world equipment integrated seamlessly.

The systems feature many enhancements to Titan Vanguard's extensive JTAC capability, which will continue to be upgraded over the next three years as new equipment, platforms and tactics come into service. 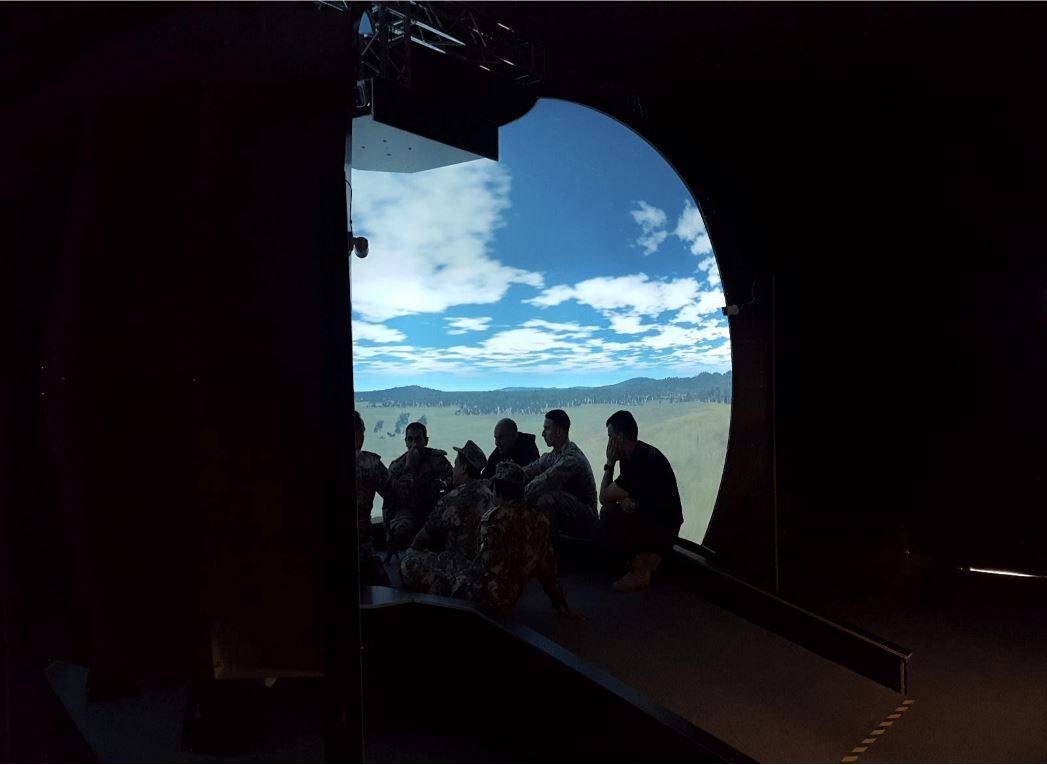 After more than a year of constant operations of its existing MOA accredited Titan Vanguard based JTAC simulators under the stewardship of VSE, the Kingdom of Jordan has expanded its fleet of JTAC simulations by an additional two systems, being delivered in December of this year by Virtual Simulation Systems and Titan Global. The training delivery and technical support provided by Calytrix has also been extended, following the incredible success of the current, MOA accredited, training being delivered on the Titan systems. We are thrilled to support the great work being done by the Jordanian Armed Forces and Quick Reaction Force in pushing the forefront of technology to enhance their operational training. 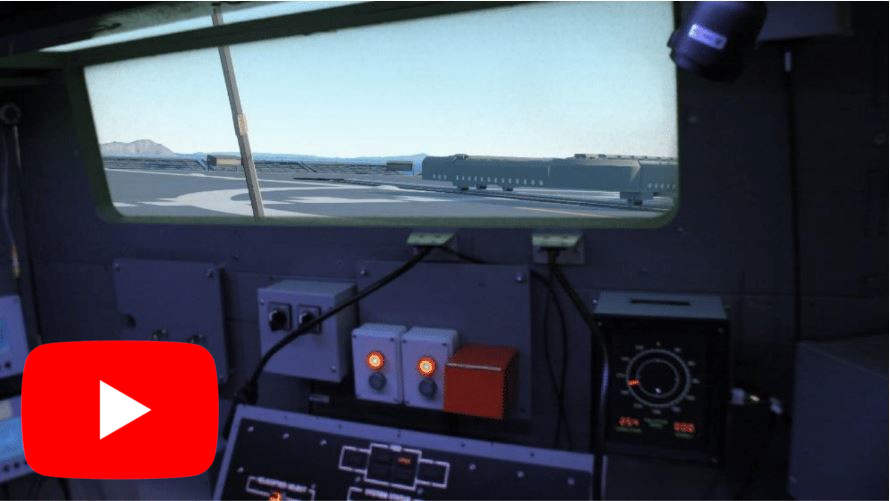 Titan Vanguard has been selected and fielded by CAE as the simulation software for NAWCTSD's ELSOPTT program with the Royal Australian Navy. In the simulator built by Virtual Simulation Systems, Titan Vanguard is used as the Augmented Reality (AR) virtual display, all cabin gauges and interactive displays, the simulation host and synchronized live/virtual after action review, as well as the semi-autonomous courseware component which leverages Titan Vanguard's open architecture and rapid development capabilities.