On show will be a brand new Joint Demo comprising components from the following participants: 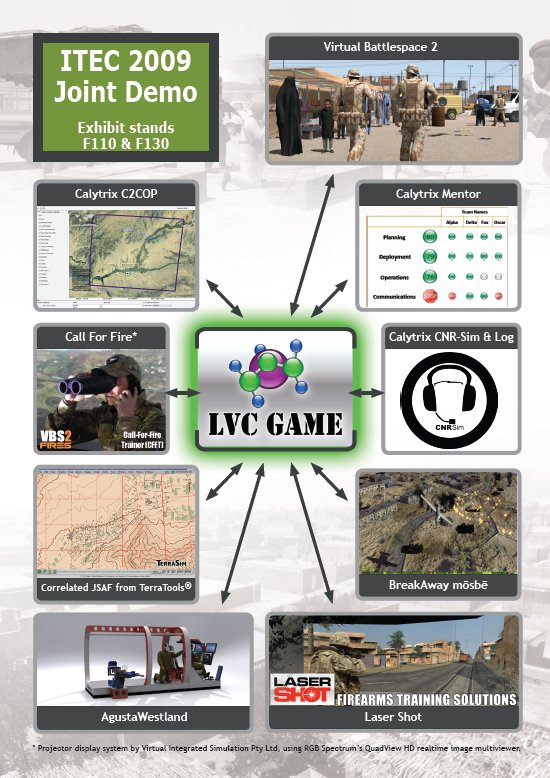 Early on, an IED injures several friendly forces, so a request is made for helicopter medevac.
When a Forward Observer (FO) sees Taliban reinforcements moving towards the compound, the FO makes a Call For Fire, resulting in artillery fire on the reinforcements.

Meanwhile, combat action continues in and around the compound until the medevac helicopter arrives and evacuates the injured soldiers from the area.

For more details, download the flyer [4MB] or visit us and see the demo for yourself at stands F110 & F130.