Orlando, FL – Calytrix Technologies Inc. President Buck Connor was recognized as a Veteran of Influence by the Orlando Business Journal at their inaugural luncheon honoring military veterans who have made a significant achievement in their careers in the past year, have a strong record of innovation or outstanding performance in their work and are actively involved in our community.

Central Florida is home to thousands of military veterans and our own Buck Connor was one of the twenty-five inaugural recipients to receive this esteemed award saluting Central Florida's 2014 Veterans of Influence. He was joined by the staff of Calytrix as we applaud him for this great honor.

Arthur "Buck" Connor took the role of president of Calytrix Technologies Inc. in September 2013 and has led the expanded company to greater business success. Buck came to Calytrix from SAIC in Orlando, where he managed several key contracts with the US Army's simulation and training organization PEOSTRI (Orlando) and similar defense groups. Prior to working for SAIC, Buck served 24 years in the US Army after graduating from the US Military Academy at West Point, including a combat tour in Iraq and ultimately retiring as a Colonel. 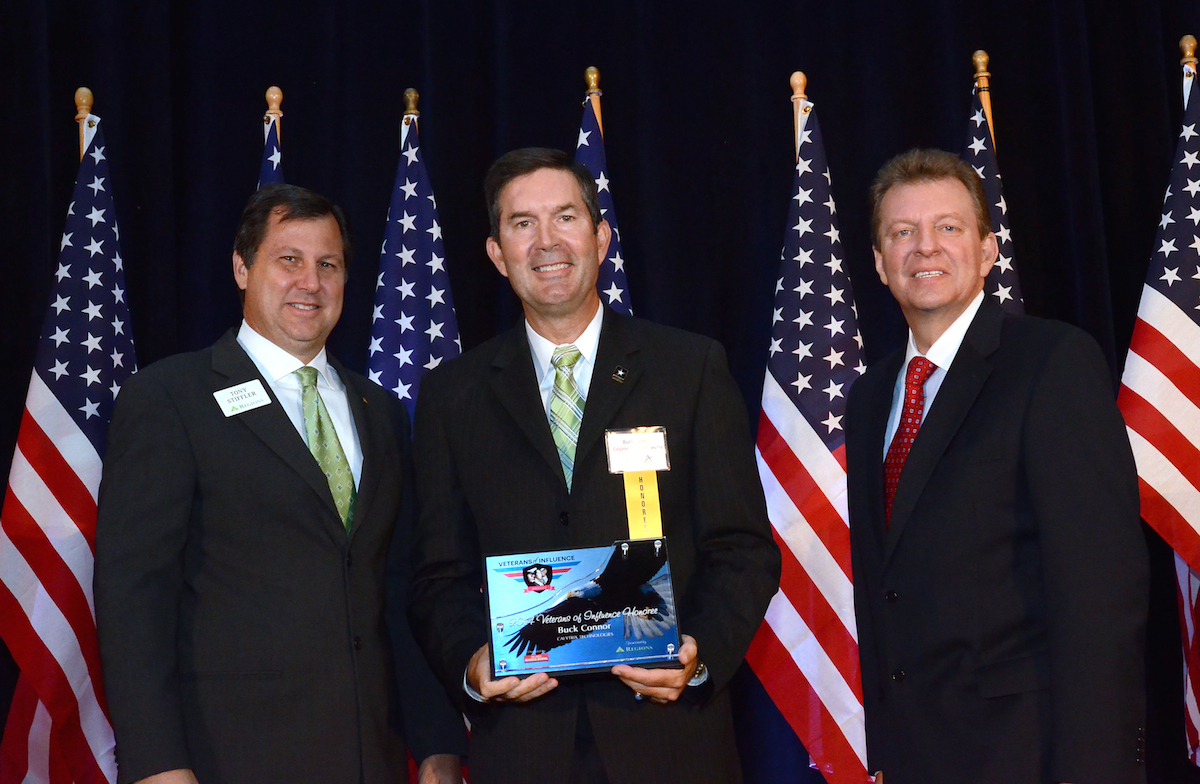